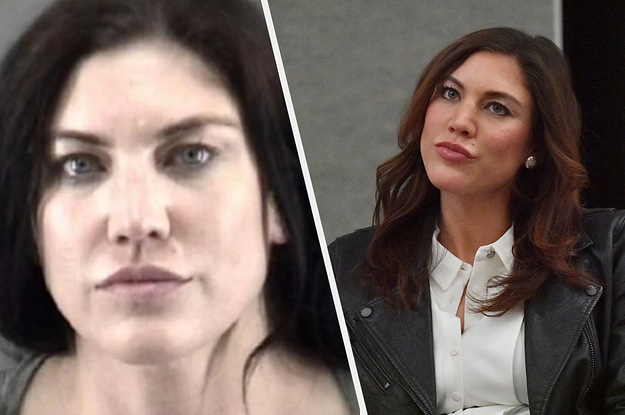 Hope Solo, a former goalkeeper for the US women’s national soccer team, was arrested after she was found passed out behind the wheel of her car with her 2-year-old twins in a Walmart parking lot in North Carolina.

Police in Winston-Salem arrested the 40-year-old on Thursday on charges of driving while impaired, resisting a public officer, and misdemeanor child abuse, the Associated Press reported.

Solo had allegedly been passed out for more than an hour with the engine of the vehicle running while her two young children were in the backseat when she was noticed by a passerby.

AP reported that a responding officer with the Winston-Salem police department arrived at the scene and could smell alcohol on her breath. When he attempted to administer a field sobriety test, Solo refused, and a blood sample was taken instead.

Solo was released from jail and is scheduled to appear in court on June 28.

Rich Nichols, an attorney for the double Olympic gold medalist, posted a now-deleted statement on Solo’s Instagram account Friday, saying there was more to the story than what the charges suggested, but that his client could not speak about what happened.

“On the advice of counsel, Hope can’t speak about this situation, but she wants everyone to know that her kids are her life, that she was released immediately and is now at home with her family, that the story is more sympathetic than the initial charges suggest, and that she looks forward to her opportunity to defend these charges,” Nichols said.

Solo posted another statement to Instagram on Saturday, saying, “Our kids are strong, intelligent, happy and vibrant, and we are present everyday giving them the best life possible.”

She added that she “will be able to share the facts in due time.”

Solo, who is married to former NFL player Jerramy Stevens, gave birth to twins in 2020 after eight years of marriage.

The pair’s relationship began with controversy when after two months of dating, Stevens was arrested for domestic violence.

Police reportedly used a stun gun to break up the fight between Solo and Stevens. He was released because of a lack of evidence in the case and was never charged. They got married the following day.

Solo is regarded as a highly-decorated athlete with a world championship and two Olympic gold medals to her name, but it all came to an end when she formally retired in 2016.