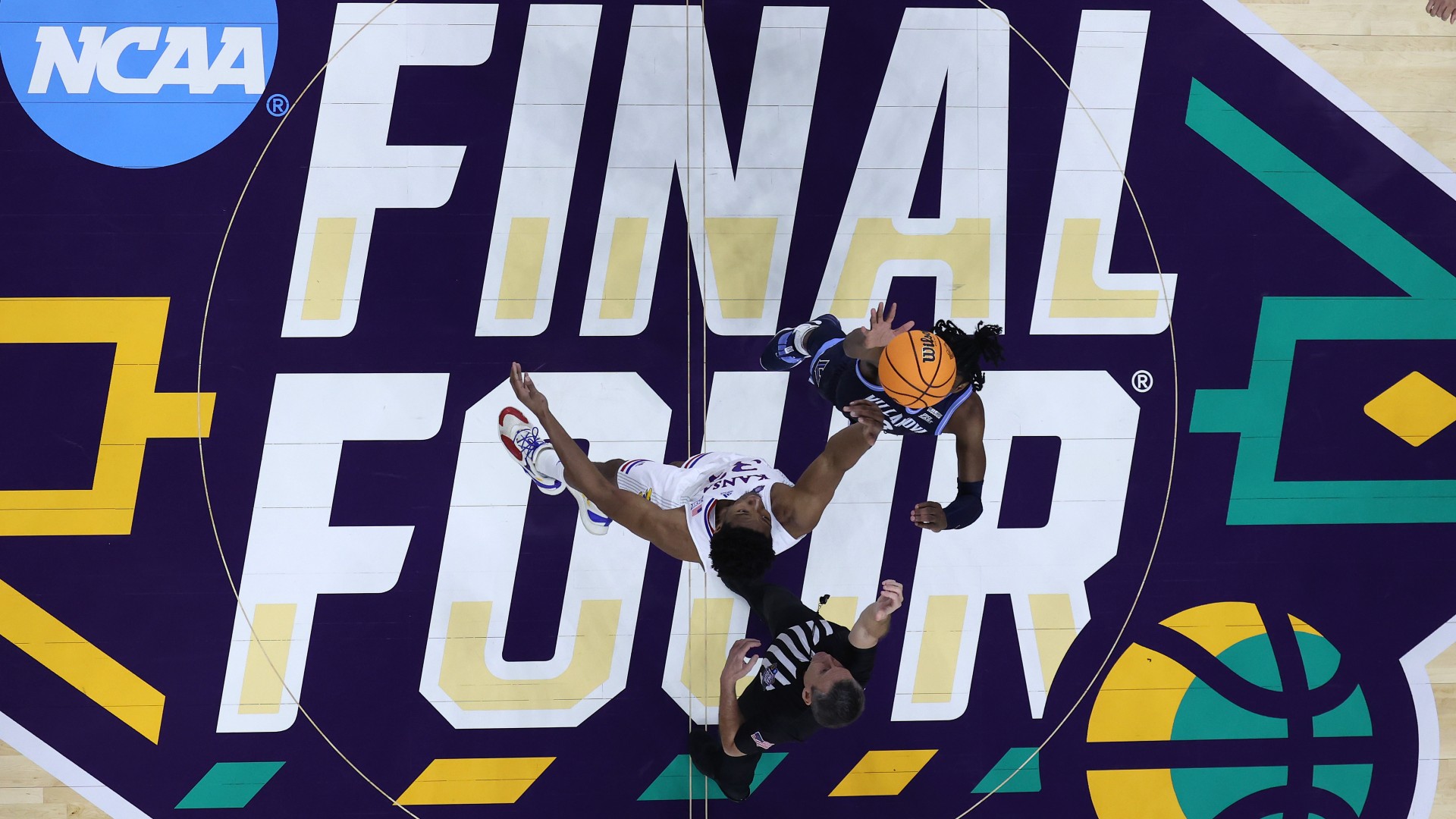 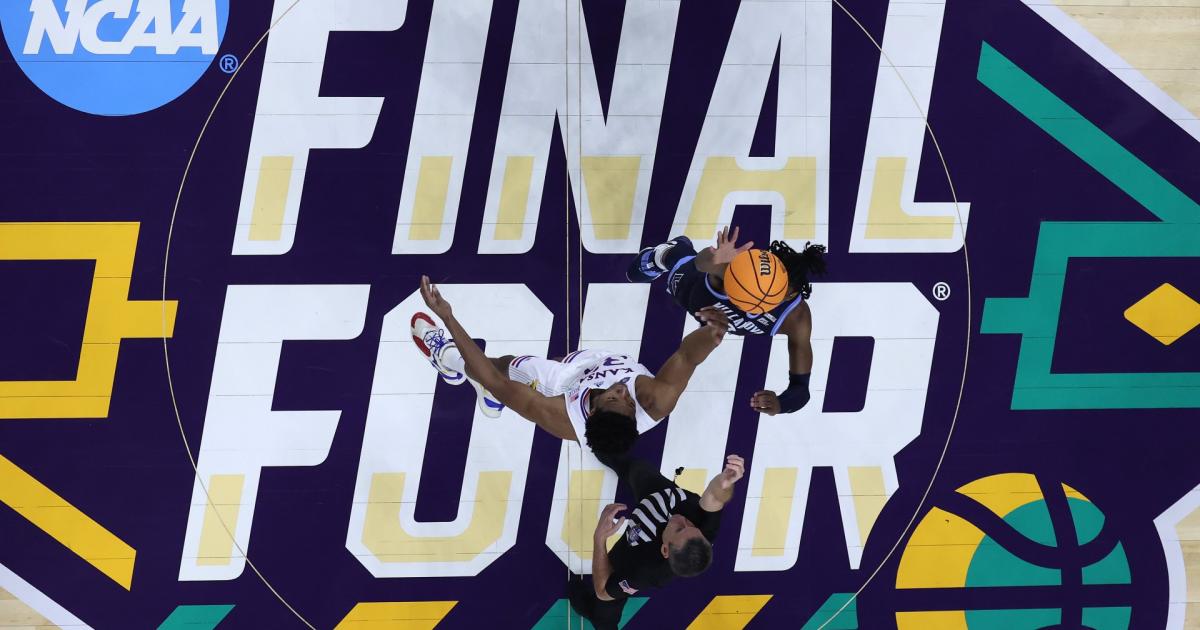 We’re still in the thrall of March Madness, and all eyes turn to New Orleans for the Final Four on Saturday. The national semifinals have left us with … four blue bloods. Kansas and Villanova will start the action before Duke faces off against North Carolina at the Superdome on Saturday. Kansas is the last remaining No. 1 seed in the tournament.

It’s been a rocky road to get here for these teams. Kansas had a scare against Miami in the first half of its Elite Eight matchup before rolling the second, while Villanova was able to defeat Houston but lost Justin Moore to a torn Achilles in the process.

Kansas’ Ochai Agbaji has been a difference-maker in this tournament, in that how he plays is the difference in Kansas’ success. Agbaji looked more confident in the second half against Miami, helping to spur the run, while David McCormack looked unguardable due to his sheer size against the Miami lineup at times.

Villanova will have to find a way to combat that size, and it’s well-equipped to do so. Jermaine Samuels has been a force this tournament, while guard Collin Gillespie has done a great job helping to space the floor for the Wildcats.

It will undoubtedly be a tight game, as Jay Wright looks to take Villanova to its third championship since 2016. Bill Self, meanwhile, is seeking his first title since 2008 with Kansas.

8:04 p.m. — Villanova can’t keep up with Kansas, as McCormack throws down yet another dunk. Not only is he good in the half court, he can get down the floor too. A Kansas championship appearance is imminent.

7:58 p.m. — Christian Braun decided one dagger wasn’t enough, so he hits another to put Kansas up 16. Villanova immediately answers, and it is 75-62 with about two minutes left.

7:53 p.m. — What a shot as the shot clock expired by Christian Braun! Braun hits a 30-foot 3-point shot to put Kansas up 72-59. Ochai Agbaji is about to go to the free throw line, and the momentum Villanova picked up has dissipated.

WHAT CAN BRAUN DO FOR YOU 🤯🤯

7:49 p.m. — Villanova continues to claw its way back into the game, as Jermaine Samuels completes a 3-point play to bring Villanova within six. 64-58 with six minutes left.

7:41 p.m. — After a pair of offensive rebounds for Villanova, McCormack is back on the floor.

7:39 p.m. — The absence of McCormack is immediately felt, as Kansas gives up a second-chance 3-point shot to make it nine again.

7:35 p.m. — David McCormack will not be denied inside. After thunderous dunk to put Kansas up 62-50, Jay Wright takes a timeout. Just a crazy sequence between these two teams.

7:34 p.m. — Agbaji! Again! Ochai Agbaji imrpoves to 6 of 6 shooting from three, but Villanova answers with another three. These teams keep trading buckets, but that favors the Jayhawks right now.

7:22 p.m. — Kansas still isn’t cooling down beyond the arc, as Villanova tries to hack at the lead. As Kansas knocks the ball out of bounds, the Jayhawks lead 50-36 nearly a quarter of the way through the half.

7:20 p.m. — Agbaji is too good, knocks down another three to make it 5 of 5. He cooled off in the second part of the first half, looking to heat up again with 15 points.

7:18 p.m. — We’re back underway in the second half, as Villanova doesn’t score on its first possession and the lead stays in double digits.

6:55 p.m. — We’ve hit the half, and Villanova carries an 11-point lead 40-29. The Wildcats had a strong run to end the half, but they still have some work to do coming out of halftime.

6:52 p.m. — Villanova is showing some life! They’ve cut the lead to nine with a run behind an offensive rebound and a three, and it’s now 38-29 Kansas with about a minute left in the half.

6:37 p.m. — The Jayhawks are now 7 of 10 from deep, with Jalen Wilson hitting a three to put them up 17 and Remy Martin hitting another on the ensuing possession.

6:35 p.m. — Villanova scores on its first two possessions coming out of the timeout, as Caleb Daniels scores with the potential for a 3-point play. The Wildcats need to stop trading buckets with Kansas, but McCormack looks so strong inside.

Caleb Daniels with the TOUGH and-one 😤

6:31 p.m. — Villanova takes a timeout as David McCormack scores four straight points inside, punctuated by a big dunk. He’s having his way inside as Ogbaji has his outside. It’s 26-11 Kansas in a nightmarish start for Villanova.

6:28 p.m. — Signs of life here from Villanova, as Kansas comes out of the TV timeout with a three from Jermaine Samuels. Kansas answers with a three to keep the lead at 11 nearly halfway through the first half.

6:22 p.m. — Ochai Agbaji looks poised for a big game, as he hits a third three to get to nine points less than halfway through the first half.

6:15 p.m. — Villanova looks discombobulate early, as Collin Gillespie turns the ball over which leads to a foul on David McCormack to put Kansas at the line. Rough start for the Wildcats, as they go down 10-2 less than five minutes in.

Jayhawks are off and running in NOLA

6:10 p.m. — Kansas is starting strong, scoring the first seven points and forcing a pair of turnovers early. Kansas is putting a lot of pressure on out of the gates.

6:09 p.m. — The Final Four is underway in New Orleans, with Kansas controlling the tip.

The Final Four game between Kansas and Villanova is scheduled to start at 6:09 p.m. ET.

What channel is Kansas vs. Villanova on today?

Myth-busting Bengals vs. Rams: The 7 worst narratives for Super Bowl 56