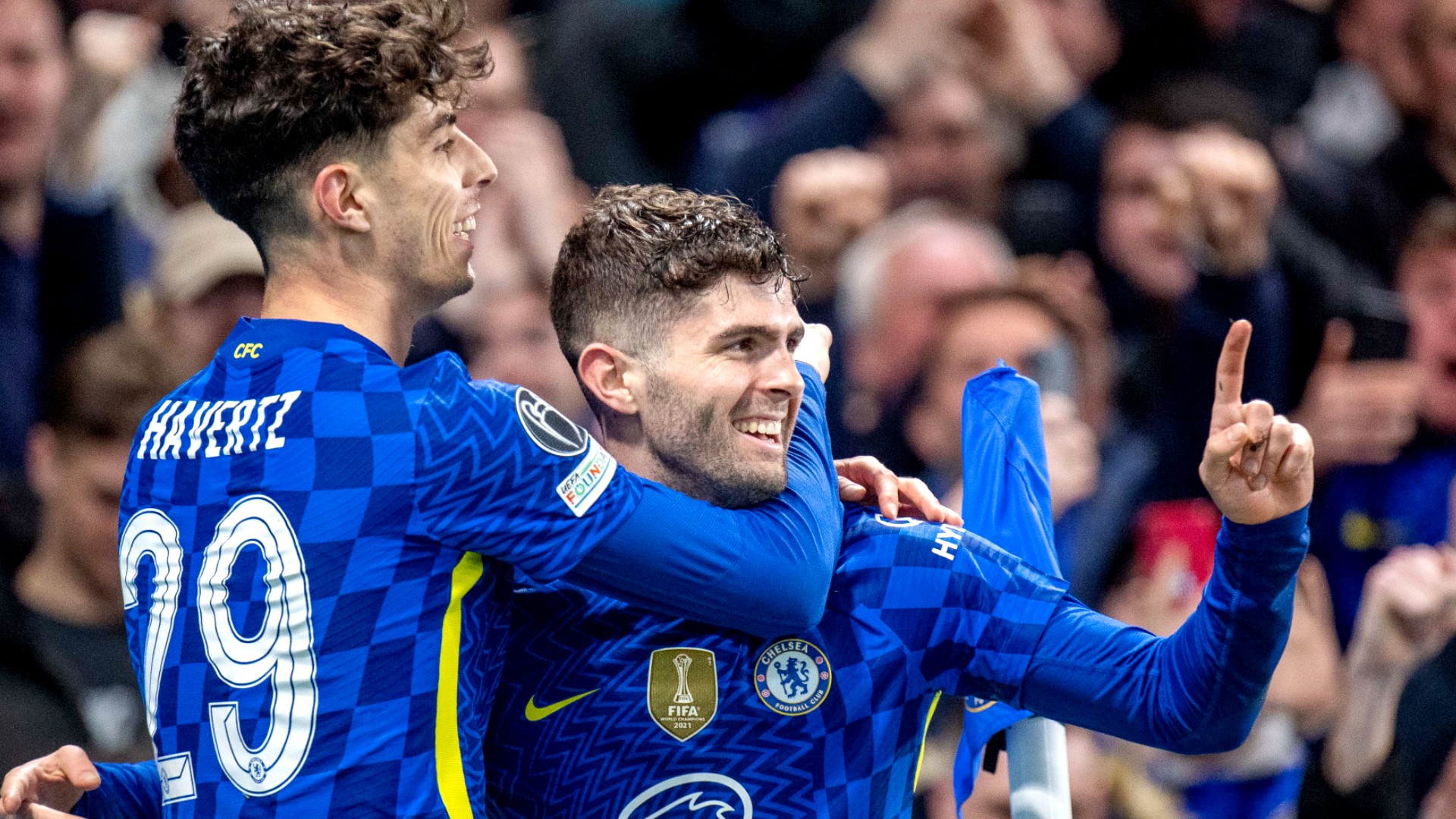 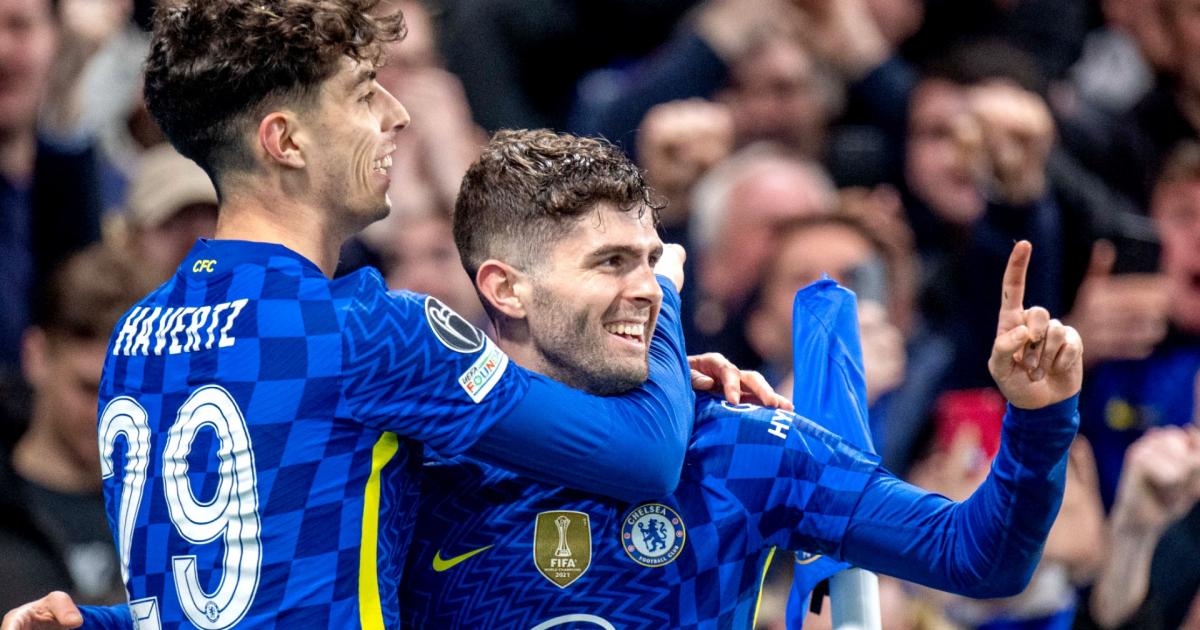 Thomas Tuchel’s team came up on the rails to win last season’s competition – dispatching Los Blancos in the quarter-finals en route to Porto.

That feelgood factor has faded slightly however, with Chelsea falling from the Premier League title picture after the turn of the year before turmoil over the club’s ownership came to dominate matters of late.

The most significant change at Madrid since the previous encounters is Carlo Ancelotti succeeding three-time Champions League winner Zinedine Zidane as head coach and the ex-Chelsea boss will be in west London after recovering from a bout of coronavirus.

MORE: What is Thomas Tuchel’s record against Real Madrid and how many trophies has the Chelsea boss won?

10th minute: VINICIUS HITS THE BAR! Madrid show how lethal they can be on the break. Benzema centrally involved, with a delicious backheel to Valverde, who finds the Brazil winger. Vinicius cut inside and thumps a venomous strike against the crossbar.

5th minute: At the other end, Havertz gets somewhat closer to goal, his penetrating run disorganising the Madrid backline but Alaba gets back to block.

1st minute: Mount picks up where he left off against Madrid and hares down their left flank inside the first 30 seconds. A dangerous cross is tidied up by Carvajal with Havertz in close attendance.

2 minutes to kick-off: The teams are out, the atmosphere is cracking and it’s absolutely throwing it down in London. Champions League anthem done and we’re ready for lift-off.

10 minutes to kick-off: Tuchel has just been on the BT Sport broadcast in the UK speaking warmly of Reece James. The England wing-back is a sublime talent and has endured a frustratingly stop-start campaign. Chelsea are a different animal with him in the side and it’s worth wondering whether the Premier League title race might look different had Tuchel had Ben Chilwell and James at his disposal all season.

30 minutes to kick-off: These are arguably two wounded teams. Chelsea were stunned 4-1 at home to neighbours Brentford at the weekend, while Madrid are still smarting from a humiliating 4-0 Clasico defeat to Barcelona before the March international break. Perhaps these results will lead to a cagey approach from both initially.

45 minutes to kick-off: The big talking point around the Madrid line-up is Valverde coming in to add legs to the great Modric-Casemiro-Kroos combination in midfield. It leaves Benzema with an even greater burden in attack, but he has pretty big shoulders for that sort of thing. Perhaps Tuchel’s pre-match admiration for the Frenchman was in part inspired by his desire for a reliable, elite striker of his own. Once again, Romelu Lukaku is on the Chelsea bench.

1 hour 5 minutes to kick-off: And this is how Chelsea line-up in their trusty 3-4-3. Mount and Pulisic hoping for more of the same against Madrid as they flank last season’s final match-winner Havertz in attack.

1 hour 20 minutes to kick-off: Tuchel has no doubt over where Madrid’s main threat lies tonight: “I gave all the praise to Karim Benzema. I said two years ago he was one of the most underrated players in world football, maybe not anymore. He deserves the praise for playing for so many years for Real Madrid. What he did to overcome the last stage for them, to carry responsibility. What a key part he plays for them as a captain now is very impressive. You can see what happens with the team in his absence. For sure a standout player and personality.”

1 hour 40 minutes to kick-off: So will it be repeat or revenge? Chelsea were deserved winners 3-1 on aggregate when these two met in the quarter-finals last time around. Mason Mount and Christian Pulisic excelled. Timo Werner scored from on the goal-line! Tuchel’s men are favourites to do the job again but, as their incredible comeback against Paris Saint-Germain in the previous round showed, you can never write off Real Madrid in this competition.

Back to #UCL duty… 😎 pic.twitter.com/OcKNAPWArK

Christian Pulisic may come back into the Chelsea side after returning from international duty. Callum Hudson-Odoi has a back injury and joins Ben Chilwell on the absentee list.

The Spanish press indicates that Real Madrid are entertaining lining up with Federico Valverde as a fourth midfielder, with Karim Benzema and Vinicius Jr. up front. Benzema has 10 goals in his past six games.

Eden Hazard won’t get to play against his old club after undergoing an operation to remove a metal plate in his right ankle.

MORE: Where is the Champions League final played this year?

How to watch Chelsea vs. Real Madrid

UK: The match will be carried by BT Sport 2 in the UK and streamed on the broadcaster’s online platforms.

USA: In the USA, the match will air nationally on CBS (English) and Univision and TUDN (Spanish) with all three channels available to stream on fuboTV, which also offers a free trial to new subscribers.

Australia: The match can be seen on Stan Sport, which carries every UEFA Champions League match.

Coyotes could be forced to leave Glendale before Christmas over unpaid taxes, per reports