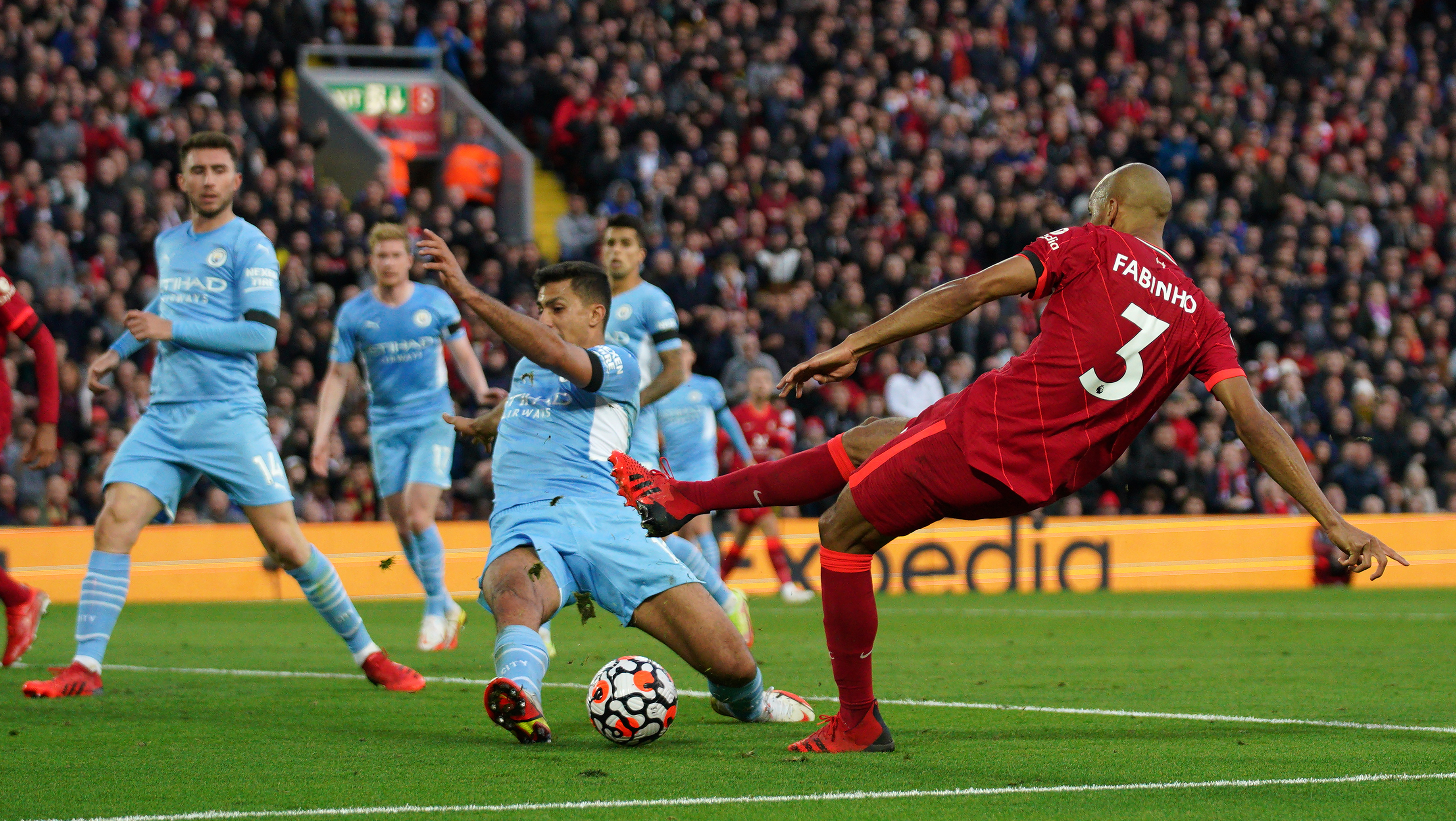 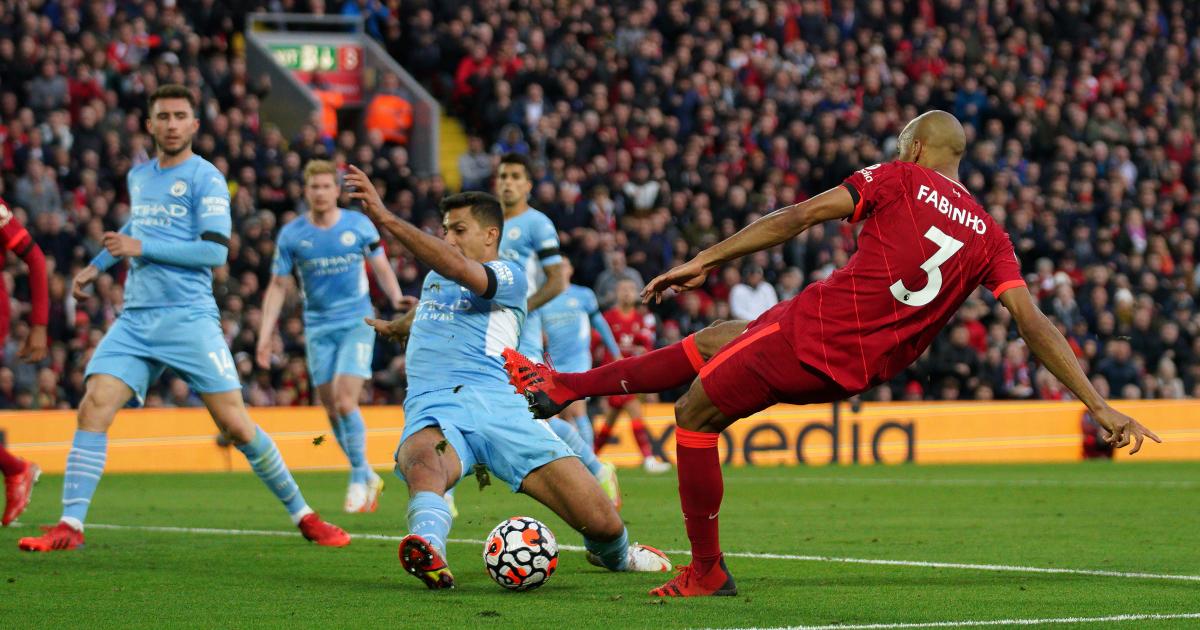 Manchester City and Liverpool contest what could be a Premier League title decider for the ages at the Etihad Stadium on Sunday.

Pep Guardiola’s men are a point ahead of Jurgen Klopp’s side at the summit with eight games remaining.

So, this isn’t a decider as such, but the imperious form of both teams means a defeat here could be terminal to their hopes of lifting the trophy.

Liverpool have won 10 in a row in England’s top flight, while City have only tasted defeat once since October. It is sure to be a seismic day in the title race.

1 hour 40 minutes to kickoff: There’s been an awful lot of pearl-clutching over the past few days over whether or not this actually is a rivalry. Apparently you have to spout off in the tunnel or launch pizza at someone’s head for that to be the case in the Barclays. But in terms of sporting excellence, these two are pretty much beyond compare and have unquestionably driven each other on to greater heights.

This was put to Guardiola at his pre-match news conference, with the examples of Rafael Nadal and Roger Federer along with Muhammad Ali and Joe Frazier cited. It was said of Ali and Frazier that they were fighting for “the heavyweight championship of each other” by the time they got to Manila and there is something of this about City and Liverpool at this point. Their deeds under Guardiola and Klopp will be largely defined by one another.

2 hours to kickoff: Welcome to Sporting News’ live coverage of the titanic title showdown between Manchester City and Liverpool.

When these sides met in Manchester 26 years ago, Liverpool opened up a 2-0 half-time lead while seemingly trying not to against a relegation-threatened City. After the break, City levelled things up at 2-2 before taking the ball to the corner flag to run down the clock in the belief such a scoreline would secure safety. It did not and they were relegated.

It’s safe to say the levels of competence in the modern-day fixture are somewhat higher. Since the start of the 2018/19 season, City have amassed 338 Premier League points to Liverpool’s 337. The difference this season is also a solitary point, with Pep Guardiola’s side one better off on 73 as they welcome Jurgen Klopp’s men to the Etihad Stadium.

It’s all on the line, as it will be next weekend when the sides reconvene at Wembley for an FA Cup semi-final and as it might be in the Champions League final at the end of next month. Ready? Strap yourselves in…

Manchester City have almost a full squad to choose from but key centre-back Ruben Dias (hamstring) remains sidelined. Kyle Walker, who served the final game of a three-match Champions League suspension against Atletico Madrid in midweek, should come back in, although Nathan Ake impressed against Diego Simeone’s side.

Guardiola’s choices, as usual, will have fans talking. Does Riyad Mahrez start or do they save him for the Champions League? Were Phil Foden and Jack Grealish preserved in midweek for the clash against Liverpool?

Liverpool come into the game with no real injury concerns and with a stronger squad compared to the last meeting thanks to the January acquisition of Luis Diaz.

The only question would be what the preferred front three will be. Typically, Roberto Firmino, Sadio Mane and Mohamed Salah have always performed well against City, but the form of Diaz and Diogo Jota gives Klopp a welcome selection headache.

How to watch Manchester City vs. Liverpool

UK: The match will be carried on Sky Sports TV and streaming platforms.

USA: Both USA Network (English) and Telemundo (Spanish) can be streamed on fuboTV, which offers a free trial to new subscribers.

Canada: Every Premier League game streams live and on demand via DAZN.

Australia: Fans in Australia can stream matches live and on demand on Optus Sport.

Mac Jones NFL Draft ‘what ifs’: How good would Patriots QB be with Jaguars, Jets, Bears or 49ers?

NBA awards race: Predictions for MVP, Rookie of the Year and others through first quarter of 2021-22 season

Houston’s Kelvin Sampson on controversial ending vs. Alabama: ‘It was goaltending’