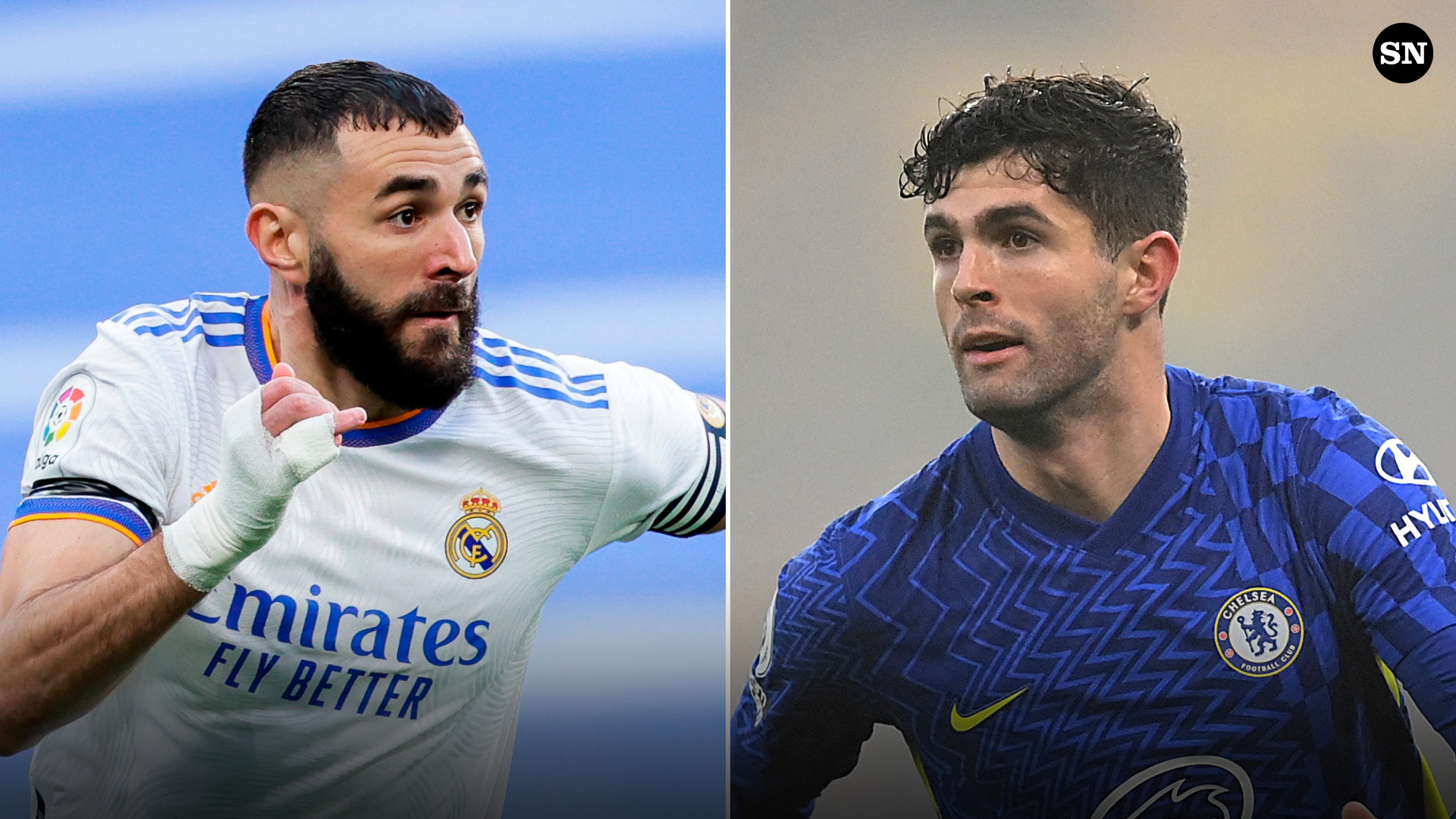 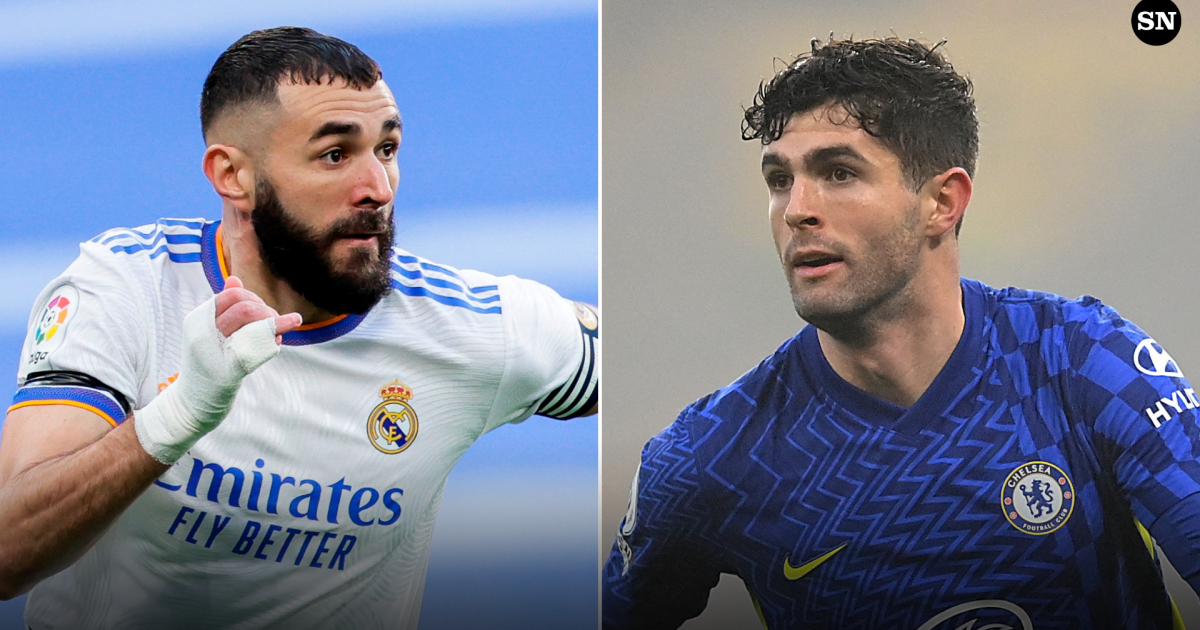 What Karim Benzema did to Chelsea in the first leg of this 2022 UEFA Champions League quarterfinal series was nothing short of historic.

The Frenchman’s hat trick at Stamford Bridge was a star showing that earned a place in the pantheon of memorable Champions League performances, giving Real Madrid a 3-1 lead after the first leg of this quarterfinal matchup.

And yet, Chelsea players will still believe they have a chance. A consolation goal by Kai Havertz gave the Blues some life heading to the Bernabeu.

Chelsea will be fighting an uphill battle in the Spanish capital in what should be an entertaining match as the two sides lock horns for a spot among the final four teams of the competition.

MORE: No away goals rule in 2022 Champions League knockouts

Real Madrid are an unsurprising home favorite after the events at Stamford Bridge last week, but Chelsea are still an underdog with a solid chance to win.

The difficult part of predicting this match is that Madrid will first and foremost look to protect its lead, while Chelsea will throw everything it has at the Madrid back line. Madrid has played on the counter with some effectiveness, against both PSG in the Champions League Round of 16 and recently against Celta Vigo in La Liga play.

With that in mind, it’s no surprise that the odds heavily favor both teams to score.

In all honesty, it has been quite difficult to get a read on Real Madrid over the second half of this season. Sometimes Los Blancos look like the best team in the world, at others they look lost.

They were pummeled across the entirety of the first leg against PSG, only to strike with a venomous counter in the second. They were obliterated by Barcelona in an embarrassing El Clasico defeat, only to come back and rock Chelsea at its Stamford Bridge fortress.

The expectation is that Chelsea take more chances as the match progresses, and Real Madrid will look to hit on the counter, a task Los Blancos have done well in the past. While Chelsea may find the back of the net and win the match, it likely won’t be enough to advance.

It’s easy to forget that Chelsea are the defending Champions League winners and the 6-0 Premier League victory at Southampton on Saturday was proof they have the firepower to score goals at will.

And they did it without Romelu Lukaku. Kai Havertz is in exceptional form and even Timo Werner looked inspired against the Saints. Christian Pulisic and Hakim Ziyech should be well-rested after coming off the bench on the weekend.

10 years ago, Chelsea were 3-1 down in a Champions League KO tie to Napoli. Chelsea ended up winning 4-1 after extra time in the second leg.

Can history repeat itself? Let’s find out. #UTC pic.twitter.com/awYUX8nhuq

As well as Chelsea played against Southampton, it was that bad against Real Madrid in the first leg, with multiple star players having off-games at the same time.

Antonio Rudiger didn’t win a single ground duel and was invisible defensively, without a single clearance or block. Andreas Christensen failed to handle Vinicius Jr., and Edouard Mendy, one of the best goalkeepers in the world, made a calamitous error on Madrid’s all-important third goal. Christian Pulisic and Mason Mount lost possession 23 times on 86 touches. N’Golo Kante had just 21 first-half touches and was yanked at the break, without a single interception or tackle.

Real Madrid were quite good, but Chelsea were equally — or moreso — extremely bad. Quite simply, that will not happen again, and the performances should be better from the defending champs.

There will be goals in this game again. Both teams have had issues defending of late, and they each sport a wealth of attacking riches. With Chelsea pushing for a famous turnaround, there should be chances at both ends, especially given the absence of suspended Real Madrid starting center back Eder Militao. Madrid have conceded at least one goal in each of their last three home matches across all competitions, and five of seven since the turn of the new year. The Bernabeu hasn’t been much of a fortress as it normally is.

Shooting for the stars typically involves dipping into the goals market. If you believe that Chelsea will look to pour on the attack, there are a couple of options.

Kai Havertz to score and Chelsea to win delivers +350 odds, and this might be the way to go if you think that the red-hot German international could also be entrusted with penalty kick duties during the game. He did score the winner from the spot against Palmeiras at the Club World Cup final.

But Mason Mount wasn’t on the field at that time against Palmeiras. And while Havertz is in the best form of his Chelsea career, Mount could be the go-to taker, even over Jorginho, whose challenges from the penalty spot contributed to keeping Italy out of a World Cup.

Even if Havertz or Jorginho are ahead of him in the penalty pecking order, Mount takes free kicks and he isn’t shy to fire from distance during the run of play. If there’s a Chelsea player who’s likely to hit the target, it’s Mount with a 47 percent clip of hitting the target in league play. That ranks as tops for Chelsea players with 20 or more shots taken. At +500 a Mount selection has more value to it than, for example, Christian Pulisic who is similarly priced in the same parlay.

March Madness bracket, explained: How the field of 68 teams is seeded for NCAA Tournament