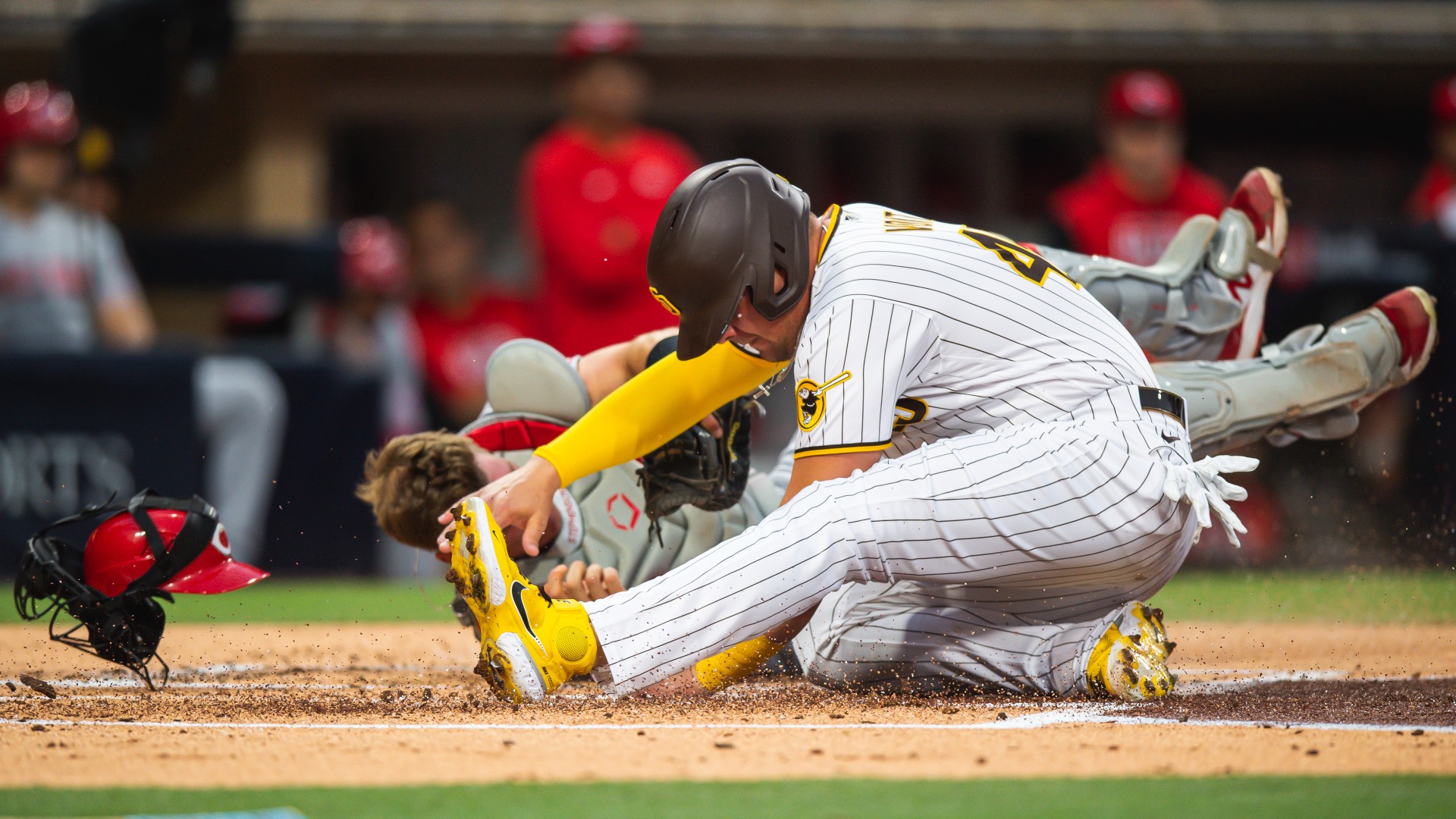 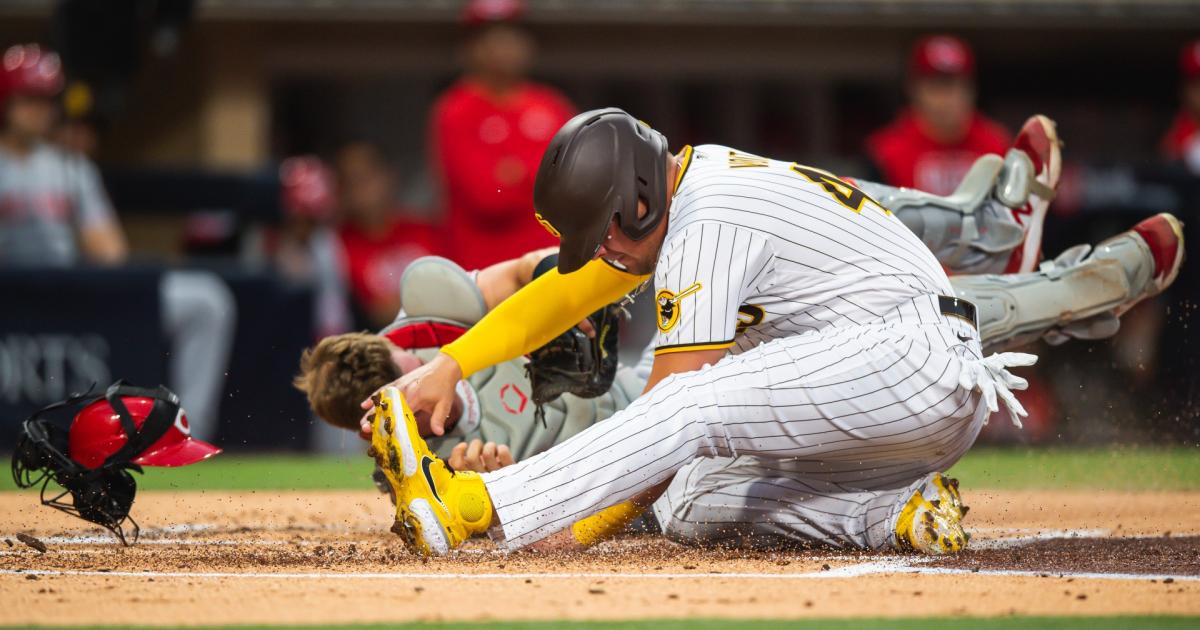 Reds players are angry with the Padres’ Luke Voit for what he did at the end of a hard slide into catcher Tyler Stephenson on Tuesday night.

Voit pushed Stephenson’s head to the ground after being tagged out. Voit was trying to score from first base on a double by Jurickson Profar in the first inning. Stephenson suffered a concussion and had to leave the game. He will be placed on the seven-day injured list, Reds manager David Bell said.

The first part of slide looked fine, if a little awkward — Voit even drifted inside the base line to avoid the tag. The contact with the head is what set off Cincinnati.

This is the slide that led to Tommy Pham’s offer to fight Luke Voit at a local gym. Quite the collision at home.

Outfielder Tommy Pham, who played for the Padres last season (Voit played for the Yankees in 2021), called the play “dirty as f—.” (per C. Trent Rosecrans of The Athletic) He also threatened to fight the 6-3, 255-pound Voit at a San Diego gym. Pham goes 6-1 and 223.

Shortstop Kyle Farmer, who made the relay throw to retire Voit and has played in 19 MLB games as a catcher, called the push a “wrestling move.”

“I’ve never really seen someone’s hands go to a catcher’s head on a slide,” he said.

Kyle Farmer shares his thoughts on Luke Voit’s slide into home plate that resulted in a concussion for Tyler Stephenson. pic.twitter.com/73ZhJAfoVq

Voit said he “wasn’t trying to take (Stephenson) out,” per MLB.com’s AJ Cassavell, and that he hopes Stephenson is “all right.”

We’ll give Stephenson the last word on this:

Only thing that matters is he was out https://t.co/tyJH3QWAYx