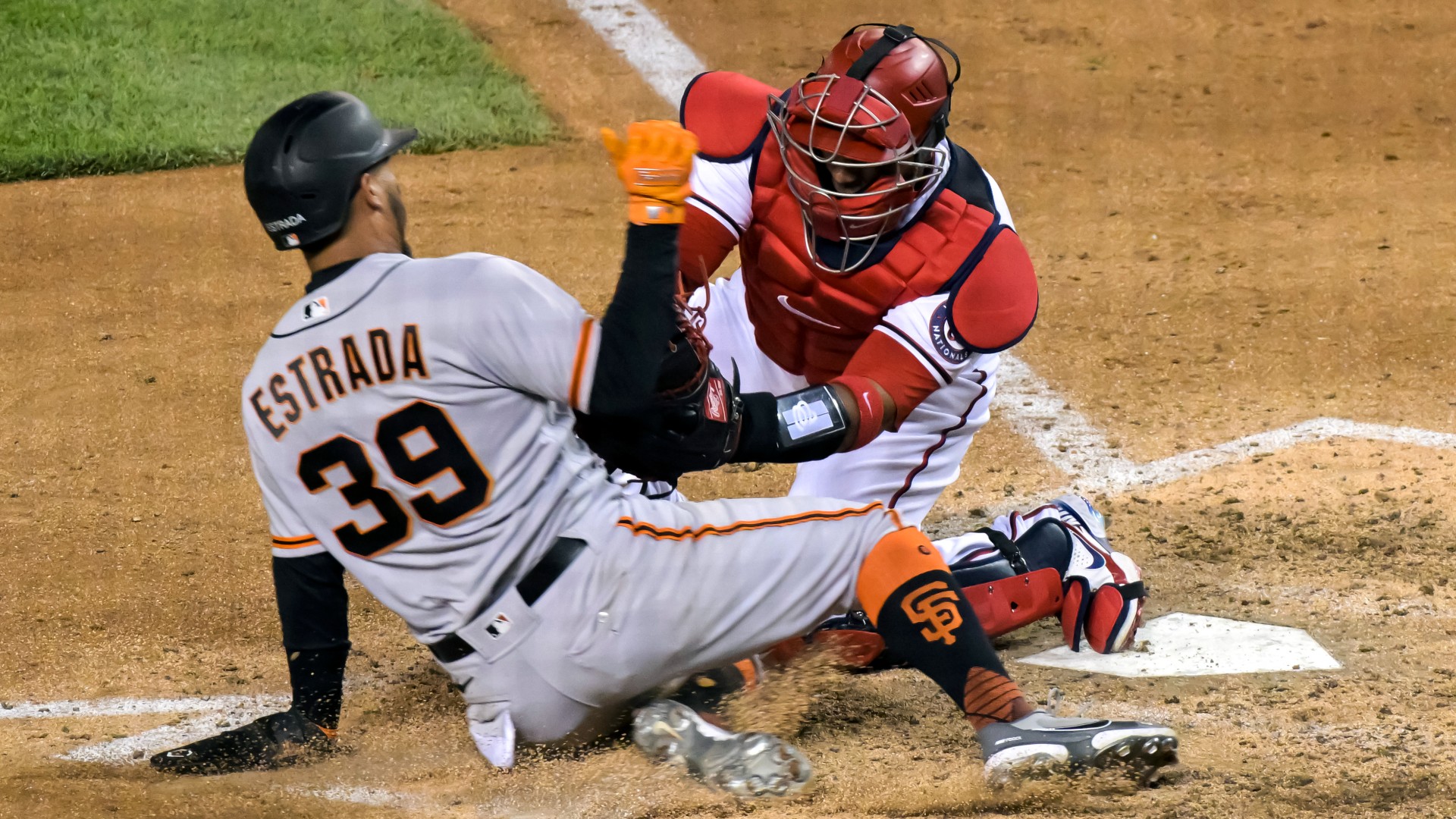 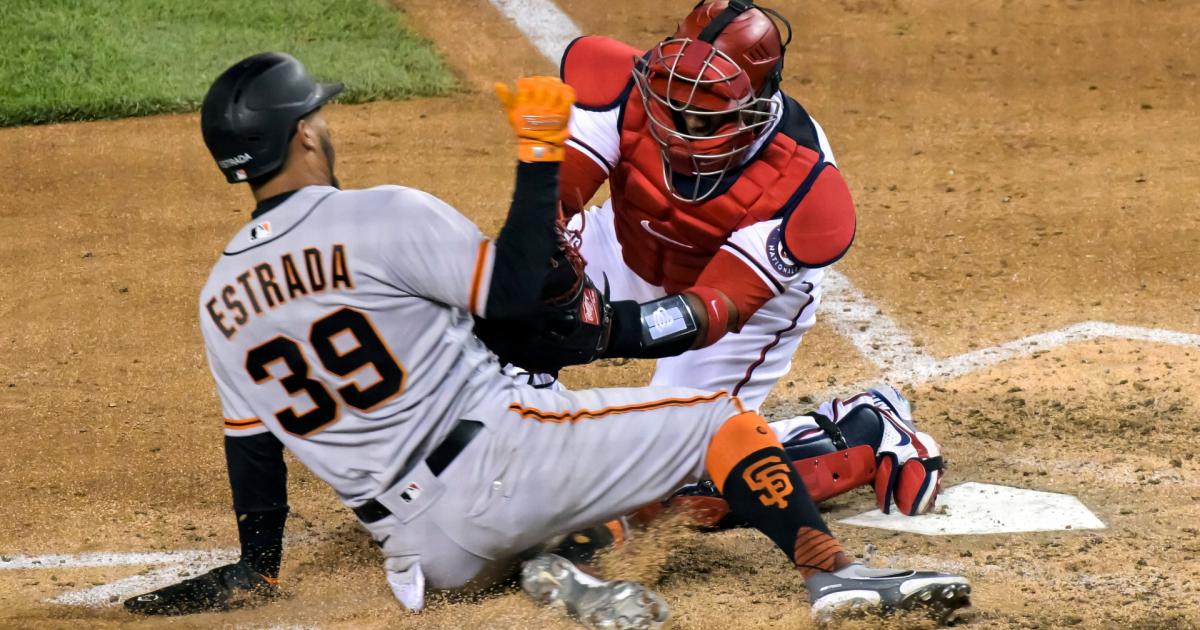 The Giants do not follow baseball’s unwritten rule against “running up the score.” They showed that once again Friday night.

And, once again, the team on the other end got annoyed.

San Francisco was leading Washington 7-1 with two outs in the top of the ninth inning when Brandon Crawford and Thairo Estrada pulled off a run-and-hit play on an 0-1 count. With Estrada running from first base, Crawford hit a looper to shallow left field that fell between three Nationals fielders.

MORE: Jazz Chisholm breaks down the most entertaining AB of the 2022 MLB season

Estrada kept running and tried to score. He was thrown out at the plate, receiving a hard tag to the body from catcher Keibert Ruiz. Nationals shortstop Alcides Escobar and center fielder Victor Robles barked at the Giants’ dugout as they were coming off the field.

Alcides Escobar and the Nats are very upset after Thairo Estrada tried to steal and score being up 6 runs in the ninth inning pic.twitter.com/Rkdo8pXDku

“They did some things that we felt like was uncalled for,” Nats manager Dave Martinez told reporters (per Susan Slusser of the San Francisco Chronicle). “But you guys can ask (Giants manager) Gabe Kapler about that.”

For what it’s worth, Soto grounded out, Cruz walked and Bell hit into a game-ending double play in the bottom of the ninth.

On April 12, the Giants ticked off the Padres in a different manner. Mauricio Dubon bunted for a base hit with the Giants leading 11-2 in the sixth inning. San Diego’s dugout was outraged.

After the inning, it appeared as though Kapler was yelling at Dubon in the dugout, but Kapler publicly backed his player after the game.

Kapler said then that he wants his offense to maintain constant pressure on opponents in hopes of wearing down the other team’s bullpen during a series.

“It’s not about one game for us. It’s definitely not about running up the score,” Kapler said Friday. “We felt like we’re respecting our opponents and we’re going to respect our opponents at every turn. This is about using every tool at our disposal to compete.”

Jon Gruden removed from Buccaneers’ Ring of Honor after email leaks: ‘His actions go against our core values’