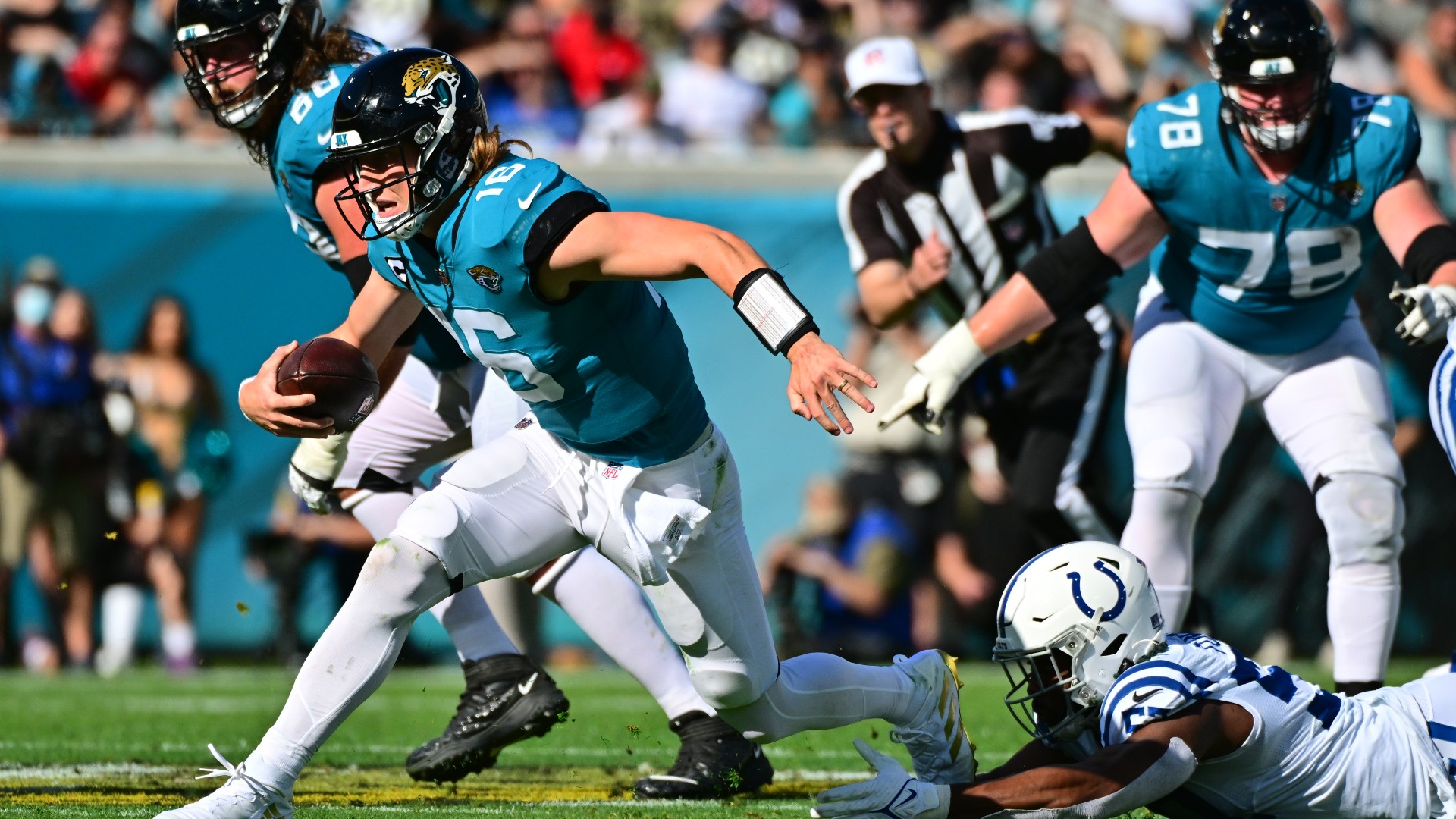 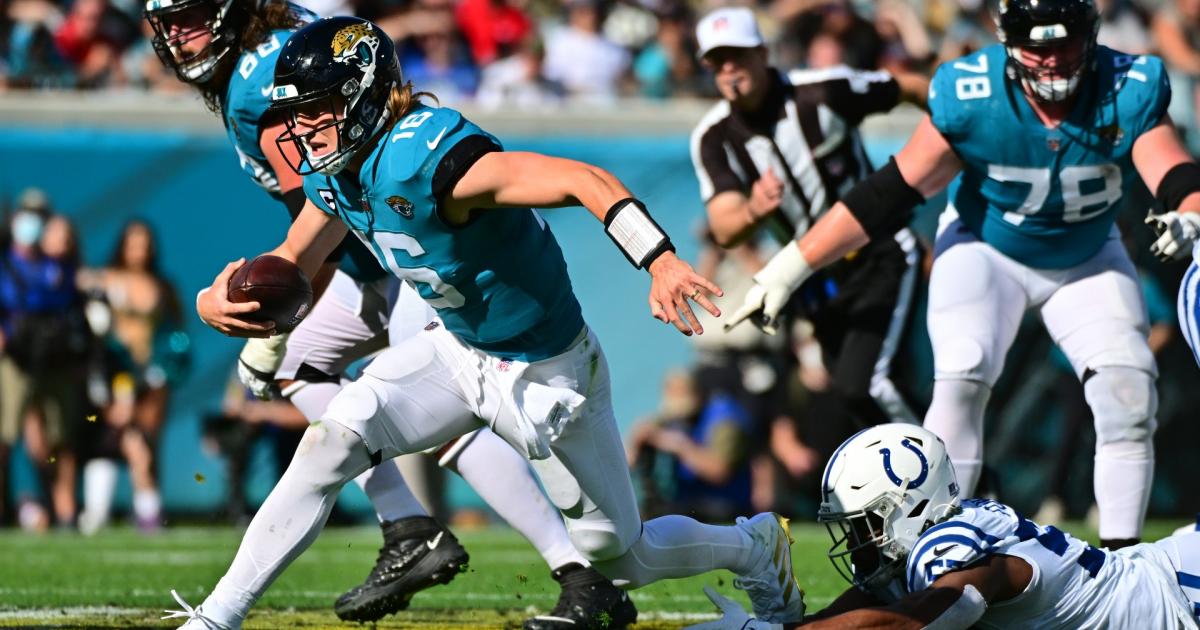 When the Jaguars finished with the worst record in the NFL in 2020, there was little doubt who they would be selecting in the draft the next year. Clemson quarterback Trevor Lawrence was the consensus No. 1 prospect in the country and was viewed as a generational talent under center.

Lawrence wasn’t enough to turn around Jacksonville’s fortunes in 2021. The Jaguars experienced a tumultuous season with first-year coach Urban Meyer, lacked standout talent at key positions and finished the year 3-14.

That record was enough for the Jaguars to solidify the No. 1 pick again in the 2022 NFL Draft, giving Jacksonville the chance to add another franchise talent into the mix.

This will be only the sixth time in NFL history that a team has drafted players first overall. What have those previous moves looked like? The Sporting News breaks it down.

Teams with back-to-back No. 1 picks

The Eagles had the first overall pick in the first-ever draft and the second-ever draft. The first pick ever was Jay Berwanger, a running back who won the 1935 Heisman Trophy, though in 1935 it was called the Downtown Athletic Club Trophy. It was the first year the trophy was awarded.

Berwanger never played in the NFL, however. According to History, the Eagles felt they couldn’t meet his price and traded his negotiating rights to the Bears. He asked for $25,000 for two years, to which the Bears said no. He became a foam rubber salesman, briefly was a sportswriter and was a football referee and coach. He was also a Navy officer during World War II.

The Eagles went 1-11 in 1936 and again had the No. 1 overall pick in 1937. That year, they selected fullback Sam Francis, who was the runner-up for the Heisman Trophy in 1936. Like with Berwanger, the Eagles traded his rights to the Bears, according to The New York Times, for Bill Hewitt. Francis spent only four seasons in the NFL, rushing 253 times for 873 yards and scoring five touchdowns, but left to join the Army in World War II, according to Nebraska’s athletics page. In 1937, the Eagles went 2-8-1.

In other words, not a great start to the NFL draft.

Only one team — the Rams — separated the Philadelphia Eagles’ back-to-back first overall picks and the Chicago Cardinals’ back-to-back firsts. Chicago began its two-year run of first overall selections by taking center and linebacker Ki Aldrich out of TCU. The pick was a good one. Aldrich was a Pro Bowl center in 1939 and collected his first career interception in 1940. Over the offseason, he had his contract bought by Washington. In 1942, he earned his second Pro Bowl nod and was an NFL champion.

Aldrich spent the next three years in the Navy before coming back to Washington in 1945. He retired in 1947.

But Aldrich did not make a major difference for Chicago. In his first year with the team, the Cardinals went 1-10 and again landed the first overall pick in 1940. The Cardinals selected halfback George Cafego, a finalist for the Heisman Trophy while at Tennessee.

Cafego did not wind up playing for Chicago, however, and debuted for the Brooklyn Dodgers instead in 1940. That same year, Chicago went 2-7-2. He spent five years in the NFL — none with Chicago — and finished his career with 966 passing yards and five touchdowns.

Again, not the most impactful picks.

MORE: NFL Draft order 2022: Updated list of all 262 picks over seven rounds and sorted by team

This is where the picks start to be real difference-makers. The Buccaneers had the first pick in 1976 to begin the existence of the franchise, and they used it on defensive end Lee Roy Selmon. The former Sooner appeared in eight games — starting six — and tallied five sacks in his rookie season.

The Buccaneers were still terrible — they went 0-14 — but that was just the beginning of a Hall of Fame career for Selmon, who spent all nine seasons with Tampa Bay. He earned six Pro Bowls and was named the Defensive Player of the Year in 1979. He finished his career with 78.5 sacks and was consistently an instrumental force in the defense, tallying 19 sacks over his final two years in the NFL. Tampa Bay reached the playoffs three times with Selmon.

Following that winless inaugural season, the Buccaneers shifted their attention to the offense in the subsequent draft. They selected star USC running back Ricky Bell with the first overall pick and inked him to a five-year, $1.2 million deal, then the richest deal for a rookie. In his first season with Tampa Bay, Bell rushed 148 times for 436 yards and scored a touchdown, though the Buccaneers continued to struggle, winning each of their first 12 games before winning the last two of the season.

Bell spent five years in Tampa and finished with 3,057 rushing yards with 16 touchdowns on 820 carries and caught 97 passes for 842 yards with three touchdowns before a brief four game stint in San Diego to end his career. In Bell’s best season — 1979 — Tampa Bay won the NFC Central for the first time in its history with a 10-6 record and reached the conference championship, where it lost to the Rams.

Cincinnati was coming off a 3-13 record in 1993, and the poor finish allowed them to have the first overall pick in the 1994 draft. The Bengals used the pick to select Ohio State defensive tackle Dan Wilkinson, the reigning Big Ten Defensive Lineman of the Year and Co-Defensive Player of the Year.

Wilkinson was a solid defensive lineman for Cincinnati, finishing his first season with 5.5 sacks and 44 combined tackles. After four years with the Bengals, Wilkinson was traded to Washington, where he spent the next five years. He finished his 13-year career with 390 tackles and 54.5 sacks.

Following the selection of Wilkinson, the Bengals posted another 3-13 season, however, which was good enough only for them to have the fifth pick in the draft. But the Panthers, who had the first overall pick as one of the expansion teams, dealt their first to Cincinnati in exchange for the fifth overall pick and Cincinnati’s second-round pick.

Back at the top of the draft, the Bengals turned to the offense, picking running back Ki-Jana Carter. Carter had been a consensus All-American in 1994 and was coming off a Rose Bowl MVP selection in 1995. In the first preseason game, however, Carter tore a ligament in his knee and missed his entire rookie season. Carter was never the same, finishing his NFL career with 1,144 rushing yards on 319 carries, and only playing in Cincinnati for four years.

The Browns were returning to the NFL in 1999 after the team had originally been moved from Cleveland to Baltimore after the 1995 season. Because the team was coming back to the league, it was considered an expansion team and received the first pick in the draft.

With the pick, Cleveland selected quarterback Tim Couch, an All-American quarterback from Kentucky. Couch’s first year in the NFL was a bit mixed. He was sacked a league-most 56 times and had 15 touchdowns to 13 interceptions with 2,447 passing yards, though he had a thrilling Hail Mary pass to Kevin Johnson against the Saints to give Cleveland its first win back. The Browns went 2-14 that season.

Couch missed much of the 2000 season with a broken thumb, and wasn’t great in 2001. In 2002, he helped Cleveland reach the playoffs for the first time, but broke his leg in the last game of the season and was unable to play against the Steelers. He appeared in 10 games in 2003, his final year in the NFL.

As a result of that 2-14 season, the Browns were the worst team in the league and had the first overall pick again in 2000. Having just secured who they believed would be the franchise quarterback, they drafted defensive end Courtney Brown to improve the pass rush. Brown started all 16 games, tallied 69 tackles and 4.5 sacks and finished fourth in Defensive Rookie of the Year voting. But like Couch, Brown struggled with injuries, and played in only 31 more games for the Browns over the next four years.

The only team ever to have the first overall pick in consecutive years in two separate occasions, the Browns went 1-15 in 2016 and were back at the top of the draft in 2017. Cleveland decided to take the best player available in the draft and selected Texas A&M defensive end Myles Garrett.

Cleveland was terrible in Garrett’s rookie year, but he certainly wasn’t. He had seven sacks in 11 games and had 31 combined tackles. In the years since, Garrett has established himself as one of the best pass-rushers in the league, tallying double-digit sacks in each of his four years since his rookie season and earning three Pro Bowl nods. The Browns extended him with a five-year, $125 million deal in 2020 to keep him around as the face of the defense for a long time.

But Garrett could only make so much of a difference early on, and the Browns were abysmal in 2017. They became the fifth team in NFL history to go 0-16 as both their offense and defense ranked among the league’s worst. After years of struggles at the quarterback position, Cleveland decided it needed its franchise guy, and took Oklahoma’s Heisman Trophy-winning quarterback Baker Mayfield.

Mayfield immediately made a difference. In his rookie season, he threw 27 touchdowns to only 14 interceptions and led the Browns to a 6-7 record when he was under center — they finished 7-8-1 overall. He finished second in Offensive Rookie of the Year voting behind Giants’ running back Saquon Barkley.

Mayfield took the Browns to the playoffs in 2020, marking their return to the postseason for the first time since 2002. They beat the rival Steelers before losing narrowly to the Chiefs in the AFC Divisional Round. Mayfield’s tenure with the Browns is expected to end this offseason, however, following a disappointing 2021 campaign, a fractured relationship with the team and the acquisition of former Texans quarterback Deshaun Watson.

What TV channel is the 2022 World Snooker Championship on? Live stream details for UK, USA, Canada and Australia