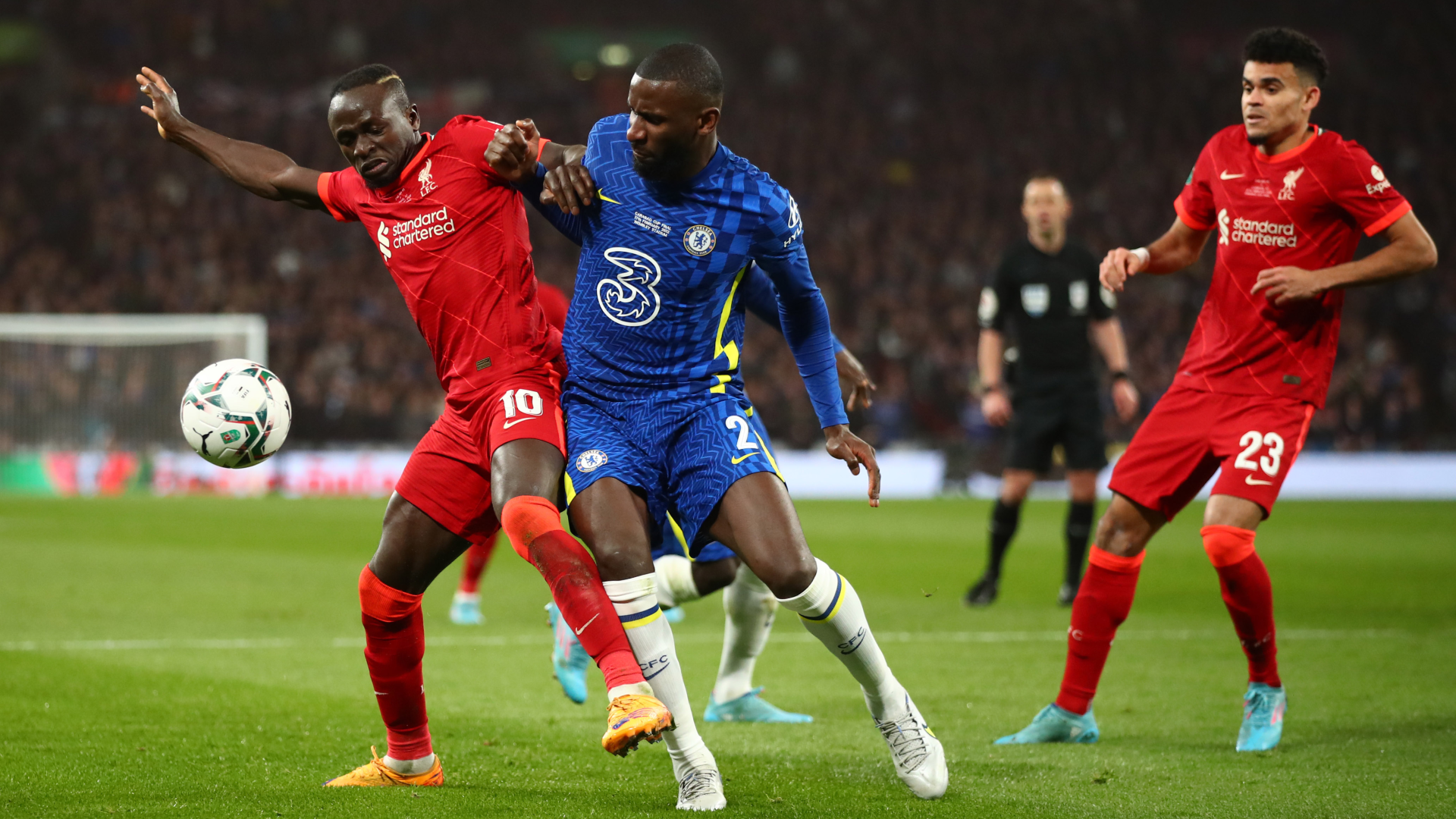 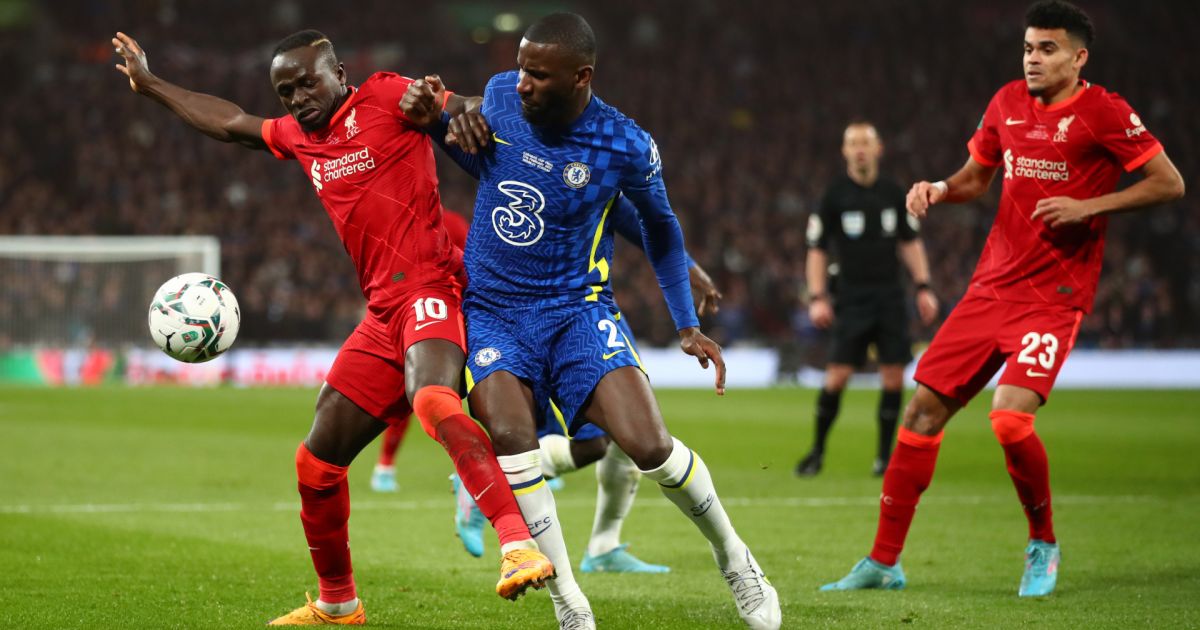 Despite an attempted second-half comeback from Pep Guardiola’s side, Liverpool beat Manchester City 3-2 in their FA Cup semifinal to book a return date at Wembley Stadium for the final.

With Chelsea comfortably seeing off Crystal Palace with a 2-0 win in the other last-four match, it will be Reds and Blues locking horns on May 14. For Thomas Tuchel’s side, it will be their only chance of adding to the UEFA Super Cup in terms of silverware this season, with the Premier League title out of reach and their European campaign ended by Real Madrid.

For Liverpool, it’s a chance to make history, as Jurgen Klopp’s side eye up the possibility of a quadruple. Having already lifted the Carabao Cup, the Merseyside outfit are only three points behind Man City in the league and are through to the Champions League final.

In anticipation of the clash at Wembley, The Sporting News has taken a look at the history of Liverpool versus Chelsea in cup finals.

MORE: How many FA Cup trophies have Liverpool won?

Liverpool vs. Chelsea in the FA Cup

Liverpool and Chelsea have played each other in one FA Cup final before. That meeting took place in May 2012. Roberto Di Matteo’s Chelsea side, featuring the likes of Frank Lampard, John Terry, and Didier Drogba, would go on to lift the Champions League that year. They faced a Liverpool managed by Sir Kenny Dalglish, which had already won the League Cup that season, having beaten Cardiff City on penalties, and they were looking for a second triumph at Wembley.

The game didn’t start well for the Reds, with Ramires scoring from a Juan Mata assist after only 11 minutes. Chelsea’s lead was doubled early in the second half. Frank Lampard was the provider, as Didier Drogba scored with 52 minutes gone. Liverpool got a goal back 12 minutes later, with Andy Carroll on the scoresheet, but a comeback was beyond Liverpool and Di Matteo led the celebrations.

That’s the only FA Cup final that has seen the sides face off, but they’ve shared two other clashes in recent FA Cup history. In March 2020, Liverpool visited Stamford Bridge in the Fifth Round of the competition. Klopp’s side was rotated for the game, which saw Chelsea, managed by Lampard, emerge as 2-0 winners. Again, it was an early goal for the Blues, this time through Willian after 13 minutes. Ross Barkley scored a second on the counter just after an hour into the game, and that was enough.

The sides also met back in 2006, coming together at Old Trafford for a semifinal. Jose Mourinho’s Chelsea faced Rafael Benitez’s Liverpool and, on this occasion, it was the Reds who won.

John Arne Riise scored from a free-kick in the first half, and Luis Garcia doubled his side’s lead with a shot from range after 53 minutes. Drogba pulled one back with a header after 70 minutes, but Mourinho’s side couldn’t find a second.

Liverpool vs. Chelsea in League Cup

Liverpool and Chelsea have faced each other in two League Cup finals in recent years. Their most recent match-up was in February 2022, when the teams played out a goalless draw.

Famously, the penalty shootout went all the way to the goalkeepers, with every penalty being converted except for one. Liverpool ‘keeper Caoimhin Kelleher scored from the spot, and his Chelsea counterpart Kepa Arrizabalaga — brought on precisely for this situation — didn’t, giving Liverpool an 11-10 win and a first step towards that unprecedented quadruple.

MORE: FA Cup prize money breakdown: How much do the winners get in 2022?

Also noteworthy is the 2005 League Cup final between the sides. Benitez’s Liverpool went ahead through Riise after only one minute. They looked like holding on for most of the game until, with just over 10 minutes until full time, Steven Gerrard scored an own goal to level the game.

The match than ran into extra time, which saw three goals scored in the space of six minutes: having spent most of the game behind, Chelsea managed to go ahead in the 107th minute through Drogba, and they added another five minutes later as Mateja Kezman made it 3-1. Antonio Nunez scored a minute later to pull it back to 3-2 but, despite their efforts, Liverpool couldn’t achieve parity, and Chelsea went on to win the game.