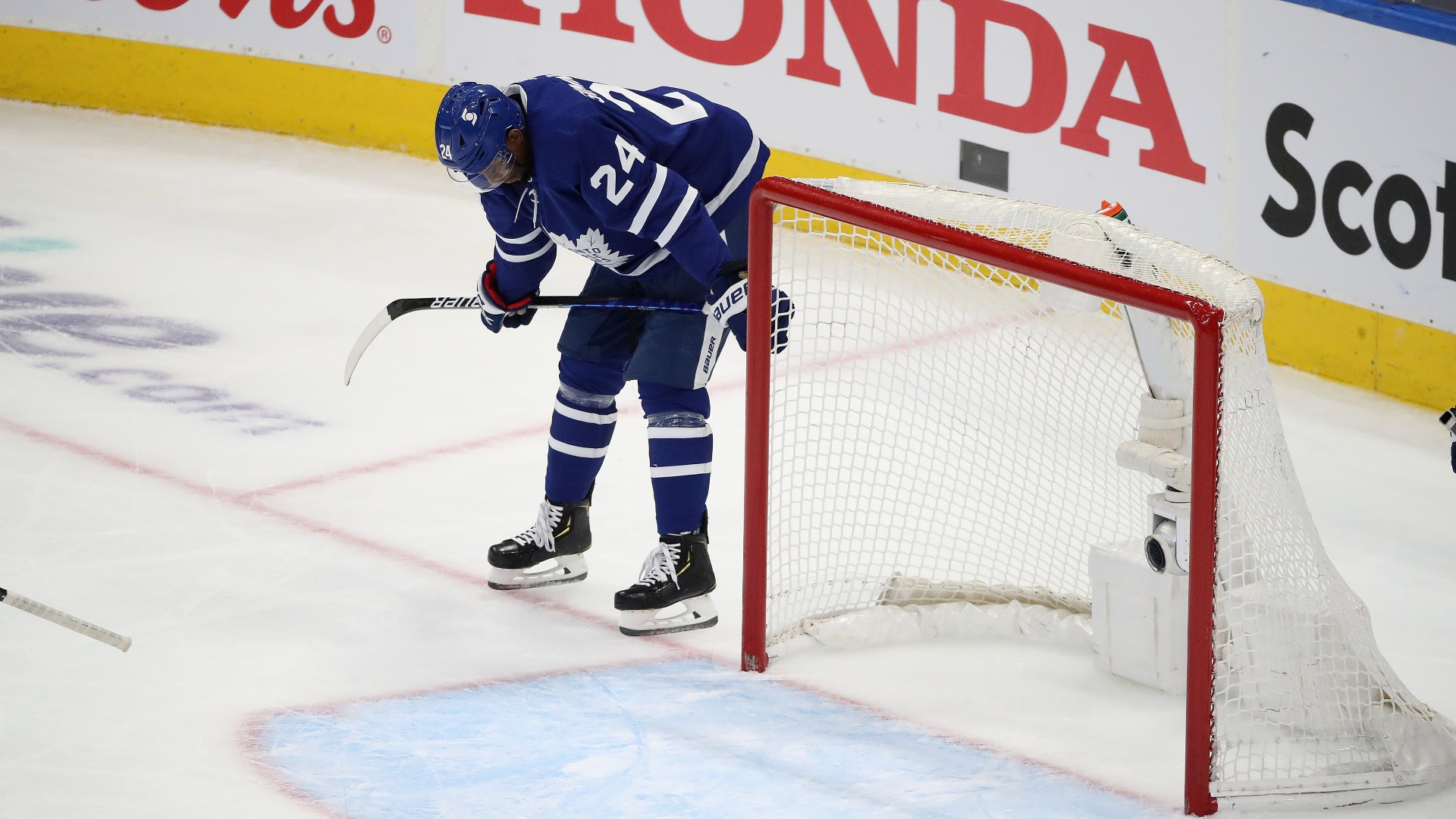 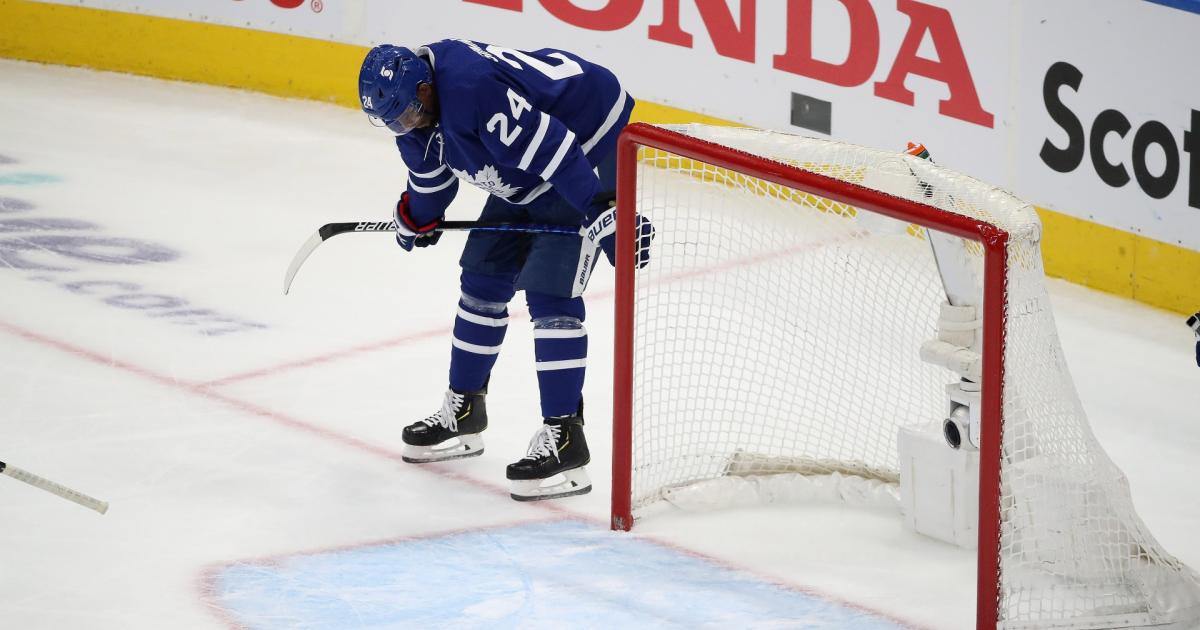 The Maple Leafs have struggled in Game 7s in recent history. The 2022 playoff proved to be no different.

Toronto fell to Tampa Bay 2-1 in Game 7 of the first-round series on Saturday night. Nick Paul had both goals for the Lightning has Andrei Vasilevskiy saved his best performance of the series for last, stopping 30 shots to grab the series-clinching win.

With the loss, the Maple Leafs extended their losing streak in series-clinching games to nine in the Auston Matthews-Mitch Marner era and 10 since 2013. The franchise is still looking for its first playoff series win since 2004.

Dating back to 2013, Toronto has played in six winner-take-all games and is winless in all six contests. The pattern has created a string of jokes directed at the Leafs, and rightfully so.

However this loss stung a little more. It wasn’t the embarrassing third period collapse like 2013. Or the crumbling of 2021 against the Canadiens. They took the back-to-back Stanley Cup champs to seven games, outplaying them for most of the series. It just didn’t go Toronto’s way in the end.

Despite the effort, it continues a puzzle in Toronto that the club has yet to solve. Game 7s continue to be their kryptonite.

This is certainly the most famous of collapses. After the Leafs rallied from down 3-1 in the series to force Game 7, it looked as if the Bruins had fumbled away a first-round victory.

Nazem Kadri scored just over two minutes into the third period to make the score 4-1, Leafs. Everything was coming up Toronto and they looked well on their way to completing the comeback.

Not so fast. Milan Lucic scored with under 11 minutes to go to cut the lead to two. Lucic scored again with 1:22 left and the goalie pulled to make it 4-3. Then it was Patrice Bergeron just over 30 seconds later, tying the game 4-4 with a shot from the point with 50 seconds remaining in regulation.

To overtime they went, and it was Bergeron again, potting the OT winner and sending TD Garden into elation as the Bruins climbed the nearly impossible mountain and stunned the Maple Leafs, ending their season.

The Maple Leafs held leads of 1-0, 2-1 and 4-3 in Game 7, but the Bruins responded every time. With his team down 4-3 heading into the final 20 minutes, Torey Krug tied the game with a slap shot from the point just over a minute into the third.

An empty-net goal by Marchand sunk the dagger into the Leafs, ending their season yet again with a Game 7 loss in Boston.

MORE: Which team has won the most Stanley Cups?

There’s just something about Game 7s in Boston. The Bruins won the pivotal Game 6 after falling behind 3-2 in the series, forcing the winner-take-all game at home.

Unlike the previous two Game 7 matchups between the team, Boston controlled this one from the start. Joakim Nordstrom and Marcus Johansson put the Bruins up 2-0 after one period.

John Tavares got Toronto on the board in the second period, but a third-period snipe by Sean Kuraly extended the lead back to two. A couple of empty-net goals sealed yet another Game 7 win for Boston over Toronto.

This was not technically a Game 7, but with the adjusted 2020 playoff format, the qualifying round was best of five, so Game 5 was the equivalent of Game 7.

In Game 5, Toronto could not get anything past Joonas Korpisalo. The Columbus goaltender stopped all 33 shots he faced as the Blue Jackets blanked the Maple Leafs 3-0 and won the series.

Ah yes. The collapse most recently burned into the minds of Leafs fans.

Toronto was expected to walk through the Canadian Division in the regular season and did so. It was then anticipated that the club would grab two easy series wins and make it to the Stanley Cup semifinals, especially with a first-round matchup vs. the Canadiens, the worst team to make the postseason.

It sure looked like it would play out that way after four games. After dropping Game 1, the Maple Leafs rattled off three straight wins, dominating Montreal in each. But the Habs grabbed a win in Game 5 and an OT win in Game 6 to force a Game 7.

Just like in 2020, Toronto’s offense disappeared when it was needed the most. The Canadiens potted two goals in the second period and another late in the game to make it 3-0. A William Nylander goal with under 90 seconds to go proved to be too little, too late. The Canadiens shocked the Maple Leafs and the hockey world by coming back from down 3-1 in the series to upset their rival.

Why Rams’ signing of Odell Beckham Jr. won’t be a repeat of Antonio Brown to Buccaneers

How the Bills got better than Patrick Mahomes’ Chiefs, from Josh Allen to deep defense